Team AISPA has come to realise that there is some confusion in the minds of many member Panelists and Consumers and through this communication we wish to clarify some of the doubts.

A. Have the confirmatory mails from the Company for verification of the EXIT OPTION started? If not when will they start?

On close reading of the Company communication dated 5th October as it appears on the Company Blog Spothttp://speakasiaonlinemarketing.blogspot.in we come to realise that the company has informed us as follows:

“Speakasia will be executing the payouts for a test batch of panelists, This exercise should take a couple of weeks as confirmation e-mails would be sent first to those panelists and then the amounts would be transferred upon receipt of confirmation”.

Now couple of weeks technically means two weeks, the important thing to note is that the company has committed to start the process in a couple of weeks give or take a few days. We think it would be safe to say that the process should commence not later than three weeks (21 days) from 5thOctober which means roughly around 26th October, 2012.

As of today there is no confirmed news of anybody having received any confirmatory E mail leave aside any payments. As and when the verification E mails are received, Panelists are requested to upload them and share the information because it will be a moment of joy for all of us. We request all members to please desist from spreading any unsubstantiated news until thorough checking of facts.

We need to understand and appreciate that our Family members who have opted for the EXIT have been very patiently awaiting the refund of their subscription amounts and we should not act in any way which will hurt their sentiments.

Like they say “Where there is a WILL there is a WAY”, if we look at the past record of the company, we should seek solace that the company has been from day 1 claiming that they are “vachanbadh” to ensure that all those who have opted to EXIT OUT will be paid their dues at the earliest, we should not forget that the mediation process was also initiated for this precise reason.

Now with the Mediation Process having been called off by the Hon’ble Supreme Court the company under legal advice has opted to start paying directly to the Panelists. When the Company is firm in its resolve, such hurdles like mentioned in the question should not pose a problem for the company to execute the EXIT PAYMENT.

Through this communication we draw the attention of the company on the above doubts in the Panelists mind and we at AISPA wish to urge the company to do their best by using the various multiple methods of confirmation/verification process which can be listed as follows:

a. First and foremost confirmation E mails may be sent.

b. If the E mail as mentioned above bounces for whatever reason a telephonic confirmation on the registered Mobile Number can be attempted.

c. If this Telephonic Confirmation as above also fails then remember the company has collected details of the Sponsor and/or our Upline during the filling up of the EXIT APPLICATION; the company can then attempt to make contact through this channel.

d. In the rare eventuality that all the above fails then the Company may inform us through its BLOG.

e. If at any time the company wishes AISPA to help them in the verification process we will only be too happy to be of service to the EXITING Panelists.

C. In the absence of the WEBSITE how does the company propose to make the EXIT PAYMENTS?

How the Company will undertake to perform its duties, what will be the methodology should not be of concern to us; no company worth its salt will ever discuss in the public domain its strategy.

We wish to draw the attention of all concerned that most of the information was provided by the EXITING Panelist while filling up the EXIT Application itself.

We should be happy that the Company has announced its intent to pay EXIT OPTIONERS and that is of prime importance to us, we should also remember that this has been the stand of the company from the day they announced the EXIT OPTION on 1st August, 2011.

AISPA’s main concern has always been that the payments to all EXITING panelists should be undertaken ASAP, and AISPA will ensure that every possible legal step is taken to ensure that the Company is allowed to remit these payments to the Exiters which is in fact the most important PUBLIC INTEREST i.e. to ensure the marginal Investor’s money is safeguarded and refunded.

A. What has been the RBI’s speaking order in the SAOL matter which was scheduled to come before the 27th September, 2012?

On close perusal of the two replies in the two RTI’s of Swapnil Kumar and Sunil Karande and on reading the order dated 14th July, 2011 of the Hon’ble Bombay High Court in the WP/1365/2011 in the first RBI Writ filed by the Company in July 2011.

We can safely reach the conclusion that the RBI would have opined as follows:

I. That the RBI has never in the past termed the Speakasia Business Model as “MONEY CIRCULATION”

II. That the RBI has never specifically instructed any Bank/s to put an embargo on the remittance of funds.

III. That the RBI has no objection if SAOL brings in any amount for paying off the Panelists provided it is routed through proper banking channels.

The main prayer in this writ was for quashing of the FIR’s as in the event of an FIR being investigated in Mumbai under CR 60/2011 there is no legal locus for these two FIR’s to exist.

In view of the Hon’ble Supreme Court order in WP/383/2011 dated 19thSeptember, 2012 the Divisional Bench in the Bombay High Court has asked the Company to amend its prayer and instead of praying for quashing the FIR’s has asked the company to pray for clubbing the FIR’s so that there is no multiplicity in investigation.

However contrary to what is being spread through various forums and blogs NO ORDERS have been passed in this WP/3210/2011 as yet.

The next date in this matter is scheduled for 31st October, 2012.

AISPA has filed a SLP (Special Leave Petition) challenging the Bombay High Court Order in the Hon’ble Supreme Court of India and is numbered as SLP (Criminal) 8340/2012 and is listed for hearing on 5th November, 2012.

We wish to summarize as follows:

• The Company is in the process of effecting payments of EXIT OPTIONS directly to the Panelists as per their Communication dated 5th October, 2012.

• AISPA has filed its SLP in appeal against the ORDER of the Hon’ble Bombay High Court’s order dated 26th September, 2012.

• The CB-CID at AP has filed its charge sheet in the court of the Learned Metropolitan Magistrate at Vijayawada and the TRIAL is awaited to begin.

• In lieu of the charge sheet having been filed in AP we now wait to see how long does the EOW, Mumbai take to file its charge Sheet in Vijayawada.

Whatever is written above and opined on is based on our collective information in the SAOL Matter based on our experience and material available in the Public Domain and on information received from our legal team and legal documents. 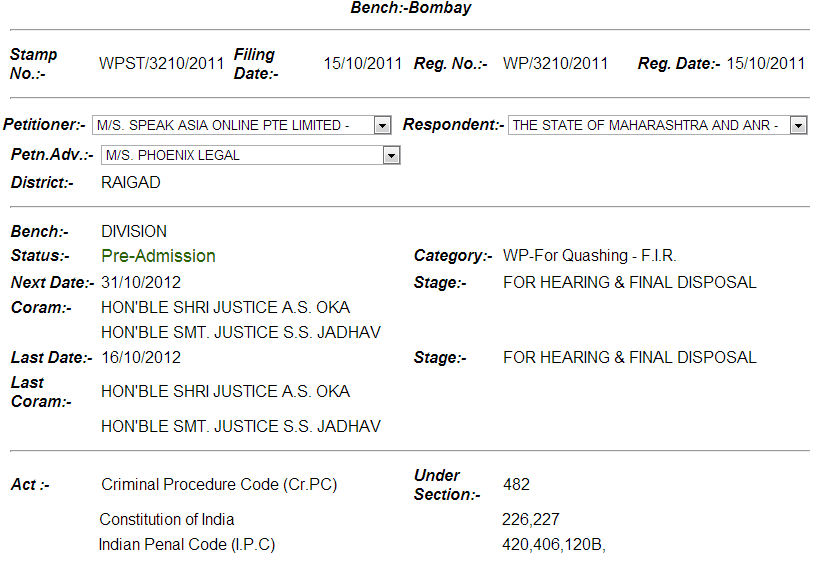 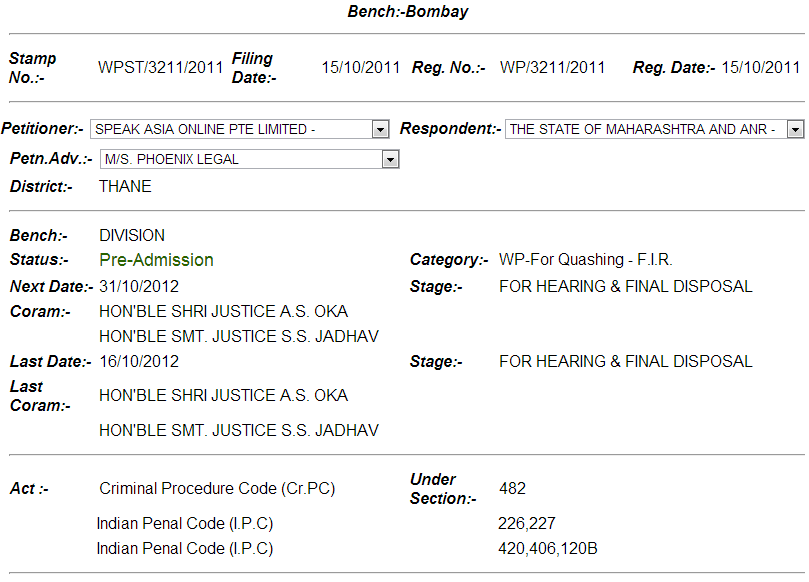 As we all know that on 16th of October we have hearing of Thane and Raigad case which is taken care by the company and the respondent to give its reply or affidavit will be clarified on that day….

It is very well seen that things are normalizing now and there is no doubts as we all can see the tremendous efforts made by Haren Venture Pte Ltd which has always co-operated with the Govt. to make things better for all speakasians…And regarding RBI outcome it is kept confidential till now and shall remain confidential till further notice and will be revealed to all at that right time …Please understand here we have so many intruders which are against the company and without causing any delay or problem for the company things are getting better for the welfare of all Speakasians…

Last but not least company’s work is going in process and everything will definitely happen but it shall happen step by step and not in a sudden jump…So please have patience and wait for the next letter of the company for more clarification.

This month is expected to be eventful for all ….

Have faith trust your company and be positive with real people…..CheersssThanks and Regards

The Exit Payment E-mail from the company will start after 8/10 days .

The verification process is underway and has to be thorough .

There is a rumour that Reserve Bank of India issued an circular to banks regarding clearance to Speakasia. But in realty there is nothing like this. RBI gave it’s reply to Speakasia thru one letter. If it will be necessory company will inform us. Please don’t pay any attention to such posts/comments/blogs. Exit processing is on so please wait with patience. 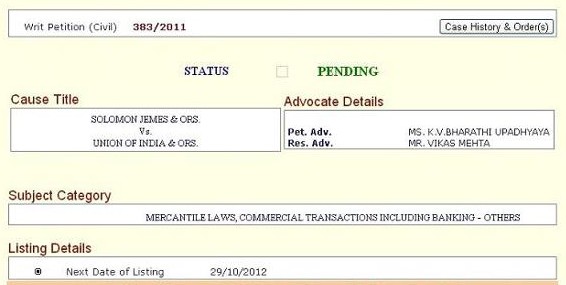 The Economic Offences Wing (EOW) of Mumbai police on Tuesday arrested Pankaj Shah, former chief operating officer (COO) of SpeakAsia, the multi-level online marketing company that is being investigated for cheating thousands of investors of an estimated Rs2,300 crore.

Shah was produced before the Esplanade metropolitan magistrate’s court and remanded in police custody till Friday.

Police say Shah was among the first promoters of the company and as COO, was responsible for setting up its business model. He is expected to be a useful witness in the probe.

He is now one of the directors of the Direct Marketing Association of India and resides in Wadala. Shah is a qualifiedbio-chemist and had earlier worked with a reputed hospital in Mumbai.

“As per our investigations, Shah was also the first country-head of SpeakAsia and operated from Mumbai. He was also in direct touch with the main accused Harinder Kaur (SpeakAsia’s international head) and Manoj Sharma (India CEO),” said an EOW officer, who requested anonymity.

Shah was subsequently replaced by Tarak Bajpai. Bajpai was arrested in July last year, within days after complaints of the scam were made to the authorities.

Police sources said Shah is said to have coordinated between the panellists and franchisees and was instrumental in setting up the company.

“He has been named in the main conspiracy. In his defence, Shah has claimed that he too was cheated by the company and that he had to quit the company when he learned about their fraudulent motives,” an official said.

With the arrest of Shah, police have been able to get 13 people associated with the case. The EOW estimates that between 8 lakh and 10 lakh people across the country registered in SpeakAsia’s schemes and have lost large amounts.

Processing of the Exit Option 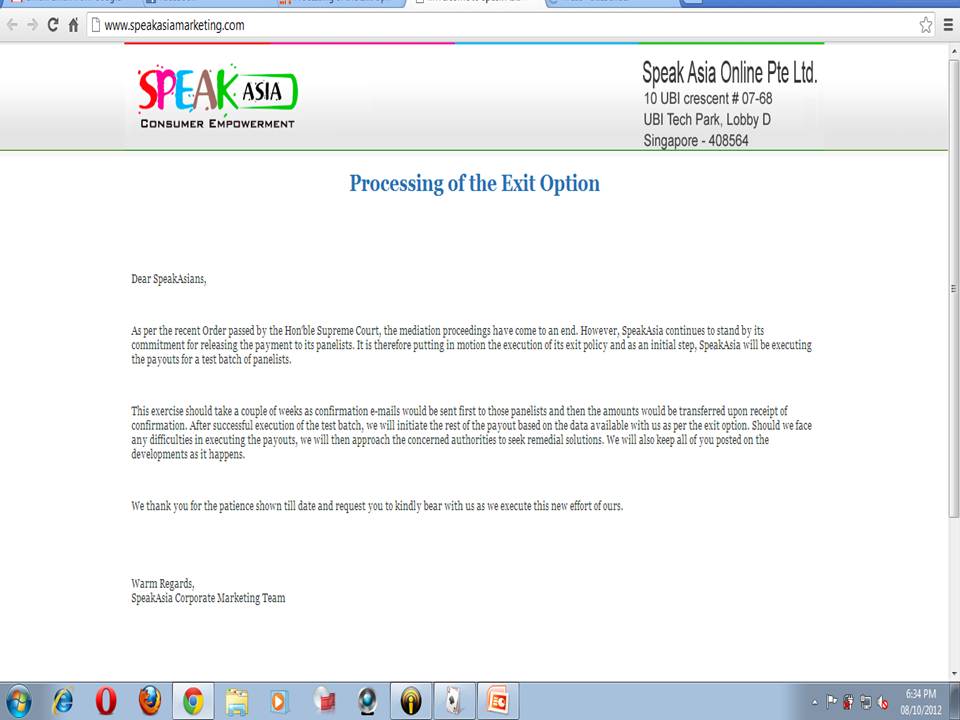 Please check below link provided by management for Exit option. 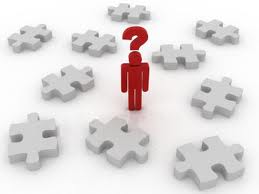 Dear speakasians, We have sent following these queries to Speak Asia marketing team, hope they will reply soon.

1. If the panelist want to EXIT from the company now, is it possible or the payment will be given those panelist who has exited in the past.

2. Email account is active but Phone number what I entered is not with me.

4. How much time it takes to make payment for Exit optioners? 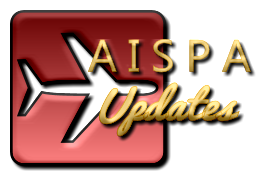 1. Ensure that your E. Mail Account is active and you are aware of the Password of the same.

2. The Mobile Number provided in the EXIT FORM is activated and working.

3. If your address given in EXIT OPTION FORM differs from the Address provided on the SAOL website then the relevant Address proof should be ready and handy.

4. Bank Account should not have gone dormant, ensure that your bank account is active. You should be aware of the SWIFT Code and IFSC Code of your Branch.

5. PAN CARD: ensure that your PAN CARD is readily available